There seemed to be some interest/curiousity about the shapeshifter race at the party on Saturday, so I thought I'd jot down some thoughts here for anyone who might be into that sorta thing!

Before I get started, I'd like to mention that anything I say is subject to change! I've had some discussions with Sharon, so I've got an idea of how some things are probably gonna go, but nothing's been finalized yet.

Also, I'm not going to post a lot of specific rules (like advantages/disadvantages, or how the transformation mechanic itself is gonna work) or lore (even though I have some), as a lot of that hasn't been approved yet.

Q: When will this be in-game?
A: At some point after the bard system is fully implemented. And, I mean, nothing's necessarily set in stone that it will be in-game, but I'm hoping for the best.

Q: Why do you want to add this race to game?
A: A big part of why I want the race to be in the game is for accessibility. Some people just can't participate in combat as it stands today. And I know from personal experience that you definitely don't need to be in combat to have fun at LARP, but it is part of the experience, and I'd like as many people to have the full LARP experience as possible.

So, with the shapeshifting race, you can use puppets for combat! The same way that cast use popcorn, you could use your animal form. You pop on an OOG headband, get out your stuffed-animal-on-a-nylon, and away you go!

Swinging around a puppet is significantly easier than swinging weapons and dodging strikes, so hopefully some people will find it an acceptable alternative. As well, you wont have to worry about getting hit! Even though we use boffers, and they're very soft and safe, some people just can't take the risk.

I know that some people will still have to (or opt to!) go completely non-combat, but I hope that this provides an alternative for those who might be looking for a different solution.

The first is that there was already a demand for an Avian race, so it seemed like it was killing two birds with one stone.
(Is that insensitive, given the subject matter here?

Another reason is that it addresses a very real problem with the Avian race: flight! There is no real satisfactory system for representing flight for people, but it's very easy to make a puppet fly!

It's also significantly less daunting to design the race if you can only transform into one kind of animal! I've never done this before, so I'm trying to start small.

There are probably other reasons, too, but that's what springs to mind.

Q: Will non-Avian shapeshifting exist in-game in the future?
A: ... Let's see how this goes, first.

As well, you probably wont be able to do surgery, for example, or forge/repair weapons and armor.

But these restrictions would only apply in animal form! So you could just switch back to humanoid form to do those things. The switch between animal form and humanoid form should be quick and easy, so you can do so as needed.

Q: Will existing characters be able to become shapeshifters?
A: I'm not planning anything of that nature, so I have no idea. That's a question for the AD (after the shapeshifter race is implemented, please)!

That pretty much sums up what I wanted to say! Feel free to leave your questions/comments/concerns! I'll happily answer them, although I reserve the right to answer any question with, "FOIG."

Can't wait to try it. 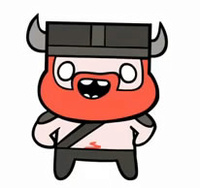 Totally would be a Raven or a Crow type.