Zero approaches Jaya's dwelling. She looks around, taking in the sight of Holdfast at dawn. It wasn't something she was accustomed to, she wasn't usually awake quite so early. She takes a moment, then knocks at Jaya's door.

When Jaya answers, Zero asks if she has plans to return to Applevale this month, and if she'd be interested in accompaniment. The faun accepts, and the two agree to head out that evening.

The girls set out at dusk, prepared for the journey ahead.

The trip was surprisingly smooth, and as they reached the outskirts of Applevale, Zero thanked Jaya for joining her, wished her the best in her own endeavors, and headed off on her own. She had an errand to attend to.

She made her way to the Guild Hall, as she had the month prior. She followed the familiar path to the office of the Postmaster, and entered.

"Hello again." she greets the man at the desk, pulling a long sheet of parchment from her bag. "I have another letter I'd like to send. May I have an envelope?"

As she waits, she pulls a strand of leather and a pen from another bag. She rolls the parchment, and ties the bit of leather around it securely. When she's handed the envelope, she addresses it with a name from her book, and tucks the letter inside before handing the envelope back. "Thank you. How much was that again?" Pulling some gems from yet another bag, and handing the man his payment. She thanks him, and begins her trip back South. 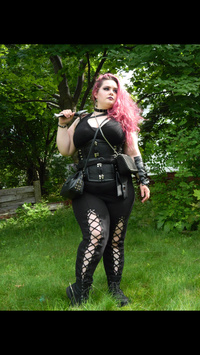 Re: Zero and Jaya Journey to Applevale

(oog I'm so here for this journey I can't wait to find out what happens. *eats popcorn*) 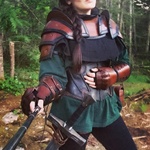