Now down to business. Nero hasn’t been through Applevale yet. I made for our slave pens in the hills as soon I reached town. Our guards were still there, and the slaves were still alive. I figure, if Nero had been through, they would either be dead or long gone. I helped him for years, and we’ve had setbacks before-- he believes very much in cutting his losses and teaching lessons. If he’d been there, the whole place would have been far more red.
Which means he’s either cut all his losses, and he’s starting from scratch with a new team, or he’s still out there, lurking somewhere in your forest. My coin is on the second option. Maybe he doesn’t know I’ve left, maybe he doesn’t care. All he cares about is revenge. It will consume him. For now, just do the safe thing, and don’t any of you go trudging around on your own.
Nero is a monster. I spent three years under his knife as he broke me, and I’ve seen and experienced everything he’s capable of. Somehow, I doubt being undead will do much to improve his disposition.  Please, please, listen to me when I say that he is not to be underestimated. If any of you see him, just run away. He’s an cut-throat, through and through, and he’ll find a way to pick you off when you least expect it.

Now for the good news. When I approached the slave pens, I’m afraid I didn’t do it with much tact. I killed most of the guards, but don’t mourn them. When you spend enough time with someone, you can tell which ones like the job, and which ones don’t. A few, though, I could convince to join me. They’re skeptical, sure, but I think I’m walking, talking proof that Nero’s no god. Hell, a few of the slaves were mad enough to join in. Once we get these freed slaves all sorted out and on their way back home, we’re going to go back on the hunt. We’ll finish it, one way or another.

I’m going to try to finish this quickly. I don’t know what “Grammar” is, but I’m sick of this scribe giving me shit about mine. I wanted to say a few things, just in case Nero kills me and it sticks.

Pierre. You’re a great guy. But you’re too trusting. In the future, don’t go for long walks in the dark with men you’ve only known for a few hours. Try to get to know them first.

Prometheus. I don’t know what you did out the forest for a month, and I’m amazed you survived. For a man without a weapon, you’re either very lucky, or you’re meant for something greater. Take solace in that fact. Luck can be a great skill—it just isn’t all that reliable. Don’t trust it. Learn to take care of yourself, and you’ll never need to.

Lilly. I’ve heard men say that halflings are blessed with luck. But I’ve also heard them say they’re the best slaves. Nero even did business with a tribe that said they tasted the best, and that their toes had a nutty aftertaste.  I’m not sure what halfling toes taste like, but I’m sure you’ve got luck. I’m not sure which would be better: Bleeding to death in the middle of a forest, all alone, or slavery. Next time, do yourself a favor, and don’t go trudging through the forest alone. Make a friend, preferably someone with a large, sharpened piece of steel. Bring them with you, and maybe you’ll never have to figure out which is worse.

Morpha. When I first saw you, you were sulking around without an air mana to your name. Dejected, your sadness led me to see someone so entirely out of their element that I began to wonder if people could be worth more than a price tag.  I admit, I bought you some mana only to earn your trust, so maybe you’d follow me down some dark path, where I’d knock you over the head and deliver you Nero; but again, your emotion further unravelled Nero’s hold on me. Then you said it. Those five words that loosened his hold enough to let me think almost freely. I didn’t get a chance to know you as well as I would have liked. In fact, I never got a chance to know any of the people of holdfast as well as I would have liked. But, I think you have a good soul, too. May you find a whole pile of mana.

And to everyone else in Holdfast, remember that your strength isn’t in unity. People think that’s what makes people strong. It isn’t. That’s how Nero thought, and he was wrong. He was not one man, but a skilled group of warriors, all unified under one will, with one goal. And they fell. The Lich was the same. One mind, many bodies. And they fell, all the same. Your individuality makes you strong. Dozens of skills, and strengths, and even weaknesses come together to strengthen you. Use it. That’s the best advice I can give.
I’ll be staying in Applevale, if anyone needs me. Send for me, if there’s an emergency, but don’t bother sending a letter, these scribe fellows are expensive. I’ve reclaimed my family home, or what’s left it; The Sheffield Smithy is ruined, but its big enough to house my new friends. I hope this letter isn’t the last words I ever share with you all, but they might be. So, good luck. I hope we meet again.

P.S. Dearest Hassan. In telling the story of the battle of the lich, I casually mentioned that I was revived multiple times. A nearby academic, I quite forget his name, overheard me. He explained to me that essence mana, whatever that might be, is incredibly expensive, and is a powerful resource.  I’m afraid I wasn’t quite aware of what an immense gift you were giving me, and how much you were sacrificing for me. I must have seemed like an ungrateful tit for not showing you the proper thanks, and I know that now. So, I thank you. I’ll find a way to repay you one day. Live well, my friend. 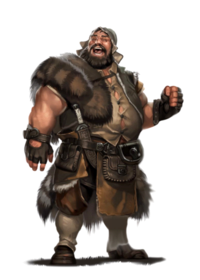