With the forecasted approach of the new queen spider, the woods are absolutely crawling with her slightly smaller friends.

Malva has of course, had another run in with one during her gathering.

She runs down towards the knights camp calling "Salvation!" with the spider following close behind. 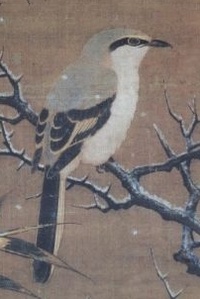 Degren, relaxing my a fire and smoking, stands in alarm to the noise of Malva and the spider. He drops his pipe and draws his sword, running forwards into the forest. After a few moments of fighting, the spider is struck down. Water mana is used to untaint and poisons, and, a few moments after the fighting, Degren snaps his fingers.

"RIGHT! You needed to learn how to dissect creatures for arcane materials, didn't you?" If you're not busy, I can show you now?"

Malva thanks Degren for killing the spider and untainting her.

"Yes please! I'm no beginner at it but you're still better than me. Can you show me how to get the most materials possible from it? Oh! And how to extract it's heart? I don't think I've ever been successful extracting a heart before..."

"Ah, yeah-- the hearts no issue at all. You're probably trying to cut too close to the heart itself. One of my main rules is this: If you can cut a hunk of flesh out-- along with whatever it is you're trying to grab-- do it. So," he draws his dagger and kneels next to the spider, slicing its chest open and digging around in the liquid innards until he finds the heart, " See, she's held in by this connective tissue-- that's the white shite-- and the arteries that lead down to what this thing calls lungs. If you try and cut at the heart, you're gonna damage it and turn ta' mash before you can get her out. But, by cutting away at the connective tissue that's further away, you're able to take a larger chunk out and trim it at your own leisure." he demonstrates as he speaks, ' This applies to anything from ink sacs, to venom glands. Eyes are often tough, but they're easy if you've got a flexible enough blade. That brings me to our next lesson: Gear. I've seen people 'round her cut a beast up using a battleaxe. An' while I do appreciate an ax, every tool has its place. Take this for example, " He shows off his dagger.

A simple leather handle adorns a long, thin, flexible blade that possesses a section of serrated edge along its back half. Pushing the flat of the blade against the spider, the blade bends alarmingly, then snaps back into position, " See, like a filet knife, this thing is flexible. I can use it to cut around corners, bones, even to cut away the connective bits of eyeballs by flexing the blade to conform to the socket. The saw is for making my way through bones in a pinch, but I've got a thick butcher's knife for that. No amount of skill will help you if you don't have the proper tools for the job."

"So remember: Save useful items by cutting up the useless meat in its place, and use proper tools. Aside from that, know what to look for. If you run into a monster and don't know what you're looking at, just take the whole damn thing. I go over an internal checklist in my head. First, the outer layer. I'll strip away any hide or scale, what-have-you, and lay it off to the side. Then, I'll take all the guts out, and put them on the hide to avoid getting dirt in 'em. Then, I'll look for anything that stands out. Claws, fangs, wings, anything that might be useful. After removing those, I'll move on to the meat. This takes a while, but it puts food on the table. Then, you're pretty much left with a pile of bones. Take some time and sift through the meat piles you've made and discard the pieces that've been damaged. If you'll notice, I've done a pretty nasty job of keeping this guy together when I killed it, so I've reduced the amount of useful materials I can extract."
Again, he takes the time to strip and clean the spider, trying his best to go slow and allow Malva a chance to learn.

"Ah, okay. I have a scalpel, but you're right, I probably need something for the heavier work like getting through bone."

"I don't usually take things I'm not sure if I need; I have a lot of clutter already. Usually if I have no clue what I need I'll just take the blood; sooo many recipes call for sooo many different kinds of blood. It's hard to guess whether anything else will come in handy. But I suppose hides and bones and feathers and such are always useful to other craftspeople anyways..."

"Ah, blood," He glances down to the blood soaking into the ground, "I forget the blood most of the time. I can generally find something to do with everything I have. Even if I just end up using them for decorations!" He stops for a moment, " As far as gaining more experience in Arcane Dissection, the best thing to do it practice. There's a load of spider in the woods, and I'm itching for a few more fights. Let's go find a few more test subjects for you, and we'll see how you handle removing the heart yourself."

He ducks back into the Citadel and emerges a few moments later, more heavily armored, carrying his shield, with his bow slung over his shoulder, "You know how to use a bow? Might come in handy with hunting these things. Arrows often deal the least amount of damage to creatures, letting us gather as much possible from a kill."

Malva agrees to do more practice.

"No, I don't; I only know how to use a shortsword. Although I have been thinking lately that I should try to sedate more monsters alchemically... I wonder how effective alchemy would even be on a spider though. I'm sure they must at least be resistant to their own poison."

"I know bees are calmed by smoke... maybe a gas bomb might work?"
After a while hunting, the two manage to bring down another spider.

"Alright, try for the heart. It's probably one of the best ways to test what I've shown you so far."

"I mean a gas cloud would be a way to administer it, but there is the risk of breathing it in yourself."

"Alright."
Malva crouches down and begins cutting into the carapace using her scalpel. She begins cutting out the organs that are in the way of the heart.
"Alright, so where do you think I should start the incision to remove it? Here?" She gestures towards a spot a couple inches up from the heart.

"Yeah. Everything else is expendable, save for the heart. You'll notice the whole thing runs along the top of its body-- but it isn't attached directly to the carapace. That would make it so a single blow to the top of the creature would be fatal. There's plenty of meat, goo, and tissue there to help cushion the blow. We can use that to safely remove the heart."

"Alright."
Malva begins cutting out a large part of the back of the spider's abdomen. She makes pretty good progress, but when she gets to the aorta; the major artery connecting from the heart to the spider's front, she pauses. "What to I do here? Just cut it? Pinch it off with something first?"

"That depends on if you want the artery, but generally, I cut it. Just be sure to cut away from the heart itself. Here." Degren bends down and carefully walks her through the process again, trying to give hints on technique and pacing. After several minutes, he finally feels she has it down.

[Signing off on Arcane Dissection 3]