Updates to the Rulebook (2015 Season)

Updates to the Rulebook (2015 Season)

Woah, two threads in one night! And both in the rules forum, no less.

So, in case any of you didn't realize, Epoch Toronto has updated the rulebook for the 2015 season! It's mostly the same, but a few changes have been made. I thought I'd make this thread so that we had a place to discuss these changes and ask any questions we may have about them.

I would suggest that everyone check out the updated rulebook and their character sheets to see if there were any changes made that Christian and I missed, and post them in this thread if there are! I'll add them to this post so that we have a concise list of changes for anybody who would like one. I'll add any questions asked in this thread to this post as well, and I'll update it with the answers as they come in.

LINK TO THE UPDATED RULEBOOK (Hopefully this link works):
www.epoch-larp.ca/wordpress/?wpdmdl=115833

CHANGES WHICH HAVE BEEN BROUGHT TO MY ATTENTION:

-Are we using these updated rules?
-Do characters who paid XP for a race get that XP refunded?
-Do existing human characters receive 10xp?

Last edited by Horns on Mon Apr 20, 2015 9:52 am; edited 4 times in total (Reason for editing : Removed something which didn't actually change.)

Morning All! Okay, so I'm not going to make any call just yet. Couple of reasons. One; I want to stay with a rule set and work from that, as opposed to letting Toronto make all of our decisions. So we could have a more personalized rule set. So it's figuring which rule set to start with. Two; I wanna hear your opinion on the matter. I already have a few thoughts myself on it but I wanna hear yours. Three; I want to talk to my cast about these changes and get their thoughts. I will be talking with my cast tomorrow and with you all on Wednesday. Talk to you soon!

I haven't had the time to read through the new rulebook, but as a general opinion, any change that results in characters getting more XP or abilities will be well-received. However, I know from my D&D experience that simply having stronger characters doesn't make the game better. If I remember right, all of our starting characters had 40 XP to work with rather than the standard 20, so you could say we've already gotten a bonus. It really comes down to what you (Sharon) think is the most balanced.

All that said, if you do adopt the changes, I'll gladly take the extra 10 XP!

The new changes seem positive all around. Personally, this will allow me to create a character with a race for flavour/ RP purposes. Ex. Being an elf who doesn't primarily use magic, there seems to be a huge disadvantage for playing one.

Octavia Rhoswen wrote:The new changes seem positive all around. Personally, this will allow me to create a character with a race for flavour/ RP purposes. Ex. Being an elf who doesn't primarily use magic, there seems to be a huge disadvantage for playing one.

So what was the verdict? are we using the 2013 or 2015 version of the rulebook? or another version? 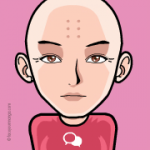 The one on the forums at the link I showed you

Do new characters (even though it's my second character) get 40 XP to start with as well?

Nope, they start with 20XP.

Although you can spend any unused XP you have on them immediately, and I believe if you have 20 CRPs you can double out their starting XP

Any updates to the rulebook re 2016 Season?

Nope. We will be sticking with the 2013 rules. Any updates will be announced at game and then updated after game. Since none were announced at May, then there are no new updates for now.l

thanks, that's good to know.