December 2022: All I Want For Yuletide Is You

December 2022: All I Want For Yuletide Is You

Last event of 2022! (unless Sharon has a surprise game booked for December 30th anyways) 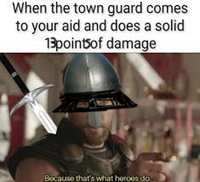 I'm never going to forget breaking into song after we got the chestnut fire to cooperate. Hats off to all involved. 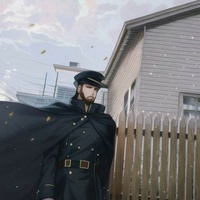 My shortlist of memories! Literally just all I can remember for now

- Can you tell I'm excited about my new spell?

- Ok but like fuck dealing with bats, idgaf that they jingle I don't have toughness enough to keep them out.

- Evil spider popcorn, from a magic pot! Being in the room with the pot was very fun buckler practice, though most everyone else evacuated when they heard it dealing fast poison

- Coming out of my room after writing in his journal to everyone in the Inn down and being eaten by a candy cane snake, did the 'ol spin-8-times-and-wail-on-it-till-it-dies, and tried to patch people up as best as I'm able.

- Banishing the gingerbread man to Straight To Hell (the boneyard)

- Playing Hero with almost all my air mana while fighting the taffy ropen, unbinding people through 3 waves of the lil glue bastards

- Trying to measure the distance to walk to the boneyard from the Inn, so far just have 'from the boneyard to the green corridor via the silk road is 355 paces, or abt 300 meters if my strides weren't always 1.0 meters'

- Looking forward to a quiet night guarding the Inn while everyone goes off to deal with the apparent Hag problem. Some good chats with Bikbun and Lillium to be had.

- Being really sad when we didn't get a repeat of Saturday's popcorn pot, as Marr jumped on that shit with a lid instantly.

I don't remember who said it or when, but:
"With Water I Command You to Piss, 40 minutes"

*At Start of Game, as Ivy enters site*: *The Power of Essence Takes me to the Corner Of The Inn*

"Hey Gull, how do you feel about pranks?" *The Power of Essence Takes You to the Roof*

"Oh crap how is Gull going to get down?" *The Power of Essence Takes Me to the Roof*

"Oh crap the Ginger Bread Man is in the Inn!" *The Power of Essence Takes You to the Boneyard*

"I'll make sure no one interrupts you, Malva." *The Power of Essence takes You to the Washroom*

"Want some cake, Merric?" *The Power of Essence takes You to the Front of the Line*

"Can you move out of the doorway, Ivy? You're in my way." *The Power of Essence Takes You into The Room* "No"

I'll be less whimsical about my essence usage when the time calls for it, but for now: ~Whimsy!~

Got to be in the woods all game and be in at least two cuddle puddles so that was good.

Shorter notes this time, I am tired

Friday
-Walk into town from the woods, waiting in the cold is not bad, glad to see I've winterized enough
-Teek in da woods, gotta deal with that
-Snowmen and Jingle Bats!
-I sleep

Saturday
-Gathering! Many goodies in the woods for Me, Dog, and Luis
-Nap in the inn >>>
-Waking up from a dead sleep to a Gingerbread Man killing people in the inn <<<
-Fight the gingerbread house in the woods
-It eats my staff
-It eats my knife
-It eats me
-We eat it, gg house
-I get to play the Rat King that night
-Long live the Rat Pack, we were the best minions ever to exist
-I WAS A DAY FROM RETIREMENT! I HAD A HOT DATE WITH MAGRAT AFTER THIS
-Abominable Snowman

-Z said his first words that evening, surrounded by people I don't think anyone heard him

-I go to bed slightly earlier than I usually do
-I get woken up at 3am to hear that Teek is dying
-She's what
-Deal with that best I can, go back to bed

Sunday
-Sleep in pretty late
-Do my best to finish my training montage (relearned 5 states this game!)
-Eat Cake

Friday
-Started off with some carols on the recorder.
-Bad dreams = Grumpy Rook
-Attack of the killer snowmen

-Carrot collecting competition with Ryn exactly at the point that the snowmen stopped spawning (I defo cheated by asking other people, sorry!)
-After collecting my arbitrary goal of 12 I start trying to find a psychic to trace back the signal of the snowmen.
-"Maybe something will happen if I attach a carrot to this nose-less snowman in the hall!"

Something indeed did happen - Ryn got iced.
-Managed to establish a brief psychic connection with the help of Corin! (But we need more power)
-This plan got terfed by the arrival of KRAMPUS

-The cotton candy puzzle was fantastic! Lots of fun, I got a drowned man's hand! (which I immediately gave away not realizing its worth.

Saturday
-Definitely thought I was going to have slept in considering the night before but made it in time for breakfast!
-People are going out in the woods to hunt for stuff and I am eager to join. By the time I am good to go Marr decides to join me. (Which is nice because we haven't really had the much interaction thus far)
-Lovely stroll to the bone yard and we visit each of the circles. I'm looking for a nice spot to enchant my bardic instrument later!
-After the fire circle we decide to try exploring the woods beyond and maybe loop back to the water circle.
-This was clearly a mistake because I die.

-After resurrection, I go off in to the woods to mope and be alone.
-I am promptly surrounded by 8 people who see me in the woods and come listen to my sad playing.
-When I get back there is a mysterious pot of unpopped popcorn on the floor and the delicious smell of popped popcorn in the air.
-Figuring that we probably needed to pop it for some ritual or something I take it in to the kitchen and "Pop" the corn.
-This was clearly a mistake because I almost die.

-After the popcorn spider shenanigans, its time for lunch!
-I take my usual job of post-lunch dish-washer.
-After dishes I decide its time to enchant my recorder. Only one problem I have no blood left, and my earth mana died when I did.
-Someone suggests Degren might have some extra so I head out to the citadel.
-As I am walking I see cast walking by with 3 dragon things and all I am thinking is  please don't spawn, please don't spawn.
-They spawn.
-I am promptly glued to the citadel and bleeding out, watching in horror as the most maniacal gingerbread man there has ever existed flies out of the woods and starts brutally mutilating everyone around me.
-Ceridwynn manages to "Medic 2" me but also gets glued to the side of the citadel. (We share a moment stuck to the wall like flies in a trap)

-I finally make it back inside and perform my half-hour long bardic enchantment ritual.
-Near the end of the ritual we informed that magic bees are dancing and buzzing along to the music.
-Yanna, Gull, Zero and I all sing and play some more tunes, there is an epic Jot-see duel between me and Zero. We play spoons and get "drunk"ed by the dragon.
-Krampus shows up again and I win a cool temporary tattoo!
-After supper there's some side plot in the woods that distracts everyone from the merry-making. (Something to do with hags and Auron, who knows?

)
-After standing in the woods and witnessing the rawest "mother-daughter" show-down in recent memory. Which I technically didn't even hear. I decide its too late and go to bed.

Sunday
-Help with breakfast; Dish-Smith to the rescue!
-I lose a rough to Dimitri, for daring to challenge him to a game of chess.
-I am very quickly drawn away by the allure of "Wacky Crochet"
-There is cake (Hooray!!)
-The day finishes off with a series of races hosted by our favourite "definitely-not-a-demon" Krampus!
-Through a well timed "The earth will bind" spell I win the first race and get I disqualified from the second race for a creative use of "spin-to-win"


All in all quite a Jolly experience (death aside)! Thanks for all the hard work put in!! 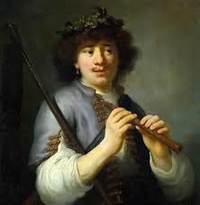 My first event! Had a good time, here are some moments that stood out:

- Newbie tour with Sage's character dissolving into chaos about 5 minutes in
- The gingerbread man hitting for - what, 30 damage???? I was afeared for my life when that thing came into the inn. Me coming from a larp where 5 damage was a lot, I was SHOOK
- The music!! There's a lot of talent here!
- Realizing I should've gotten medic 2, then being turned into a tree and getting the magic Yuletide healy staff which I am definitely reenchanting someday
- Bikbun crafting the star glave - just awesome!
- The ice cream/cotton candy puzzle!
- The rats! You guys were hilarious.
- Realizing the Yuletide items had been stolen by said rats, were needed to get to the hags, and the subsequent rush to re-gather everything (one marshmallow cut in half counts as two marshmallows, right?)
- Waking up Sunday morning to 'wow ball', then playing Wacky Crochet with Rook, Ivy, and Corin.

The lack of sleep has hit me hard this game.

Friday
We had snowman zombies something nice to shake the dust off
Bat's that almost kill short stub
Krampus who I hated from the beginning start and end.
The Citadel is up again, boy how it has been missed. really need locks....
heard about Aurons kid getting taken aimed to start the war engines against the idiots.

Saturday
Lots more candy themed enemies, avoided IG eating anything
Ginger bread house that ate auron honestly thought he had died - gets a hard stare from the AD as I phsycially start dismantling the prop for it.
Had a walk in the woods with Rook that almost killed me stupid stabbed with stick bleed out but sadly killed him
Gingerbread man raging about his house and wouldn't except any reason.
Taught Ryn to escape at the highest tier I wonder how they see me afterwards.
Rat Pack almost all near retirement just waiting for them to betray us I intended to let some live until we lost our box of stuff.
Hags and way too much talking they couldn't come to a solution so then we did what we normally do attack until something comes of it.
Just more talking... but they are on the hit list at some point

Sunday
Had a talk with Curved horns [Malva] then my emotions ran high for the rest of game until I sorted though some thoughts on how to deal with. Gave Dimitri my Key to things just incase.
Pretty much a Blur the full time.
At some point I taught Z transfer state which is some neat RP that I winged from previous teacher and now I understand it.