"We need a hand of the broodiest!"

Bikbun: *Successfully digs dinosaurs out of plaster as part of mysterious lesson about death*
Sharon: "Good! Did you see how the flesh comes away from the bone?" *Grin*
& Everyone just goes quiet

Opening the gifts at the end of events and I get rocks and everyone else says they get rocks. I see Joy pick something up out her giftbag and eat it and I'm like "did you just eat a rock?" and she's like "yeah" and does it again. At this point I'm like man, she's really good at fake-chewing. So then I show her my handful of rocks and I'm like "do you want mine?" and she's like "umm... I think we have different rocks." And that's when I figured out some people got rock-shaped candies.

Getting to dress up in Hugo's new outfit, and to be asked (multiple times) if I was playing Hugo.

"What else do we need for the potion?"
"We need the hand of the broodiest"
"Krond, Give me your knife"

"We used some bits of Timmean in a potion, Krond is being operated on, the food is poisoned, and we're all about to die. Par for the course for us, isn't it?" 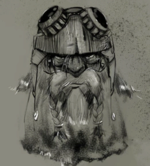 ~Getting to game and being told what it was I was casting.
~Hiding out in cast corner until game started, watching people's faces as they saw me.
~Coming out as a skeleton, watching everyone go into panic mode.
~Wandering around as everyone slowly creeps away from me.
~Fun with suckers.
~Creeping people out with stories of undeath.
~Granmama's brewing.
~Grapple 21, I gently move you aside.
~Playing along with all of Tuesday's shenanigans.
~More sucker temptation. ALL THE POISONS mwahaha.
~Timmean's surgery, all he needed was a sucker and he could've been better.
~Watching Bikbun butchering the bone-digging and commenting on being glad it wasn't him who collected me.
~Whinnie pounding suckers like there was no tomorrow.
~Tempting Keket with a soul cookie.
~Keket tempting someone else to join her.
~Ohhh, surgery? Let me just fetch Gorre.
~Announcing Gorre is on his way!
~Everyone being so mean to Gorre, all we was trying to do was help!
~Watching people shut down Gorre and then with the same breath ask for his assistance.
~Tuesday requesting Bikbun. Surgery can wait, grapple 21 says you're coming with me.
~Callie to the rescue... darn.
~Cracker horn.
~Congrats on finishing Granmama's game, have some celebratory rocks! 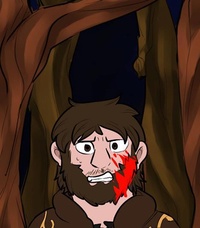 (So, I realize this is quite late. Guess I've been out-of-it for a bit)

-Numerous comments and discussion on Timmean's butterfly mask
-Speaking of, the other masks and costumes were great
-A disembodied hand running around the walls of The Watering Hole
-Blatant Adam's Family references are blatant
-Listening in on Uncle Sylvester and Torvallis discussing explosives, and trying to make sure Malva overheard
-Having Bikbun out Timmean's history with the undead, then recounting it to the lady of the house, as I worry what the consequences of lying might be
-Carrying Winnie around as a frog, to avoid spending any mana
-"Learning about death" with a hammer and chisel
-Considering chopping my hand off for a potion ingredient, then remembering that Torvallis should still have one of my severed hands.
...Okay, after that, I'm just going to say: since coming to Holdfast, Timmean has grown accustomed to some weird-ass stuff
-Deliberately poisoning myself to produce a DIFFERENT potion ingredient. I knew Keket could treat me, so that should've been fine...
...until Joy grabbed the poisoned sucker out of my mouth. And with the compulsion, suddenly we had TWO poison victims. Which soon became three, though I can't remember why
-Frog Degren asking for a knife, and considering assisting in the surgery
-Asking several people to ensure I was knocked out if Gore showed up
-Getting knocked unconscious via many, MANY small wounds. I expected either knockout or a single strong blow. What I got was 1 metal, 1 metal, 1 metal...
-In all seriousness, being unconscious for so long was a lot of fun. Particularly when no one tried to keep me sitting upright, and I slipped out of the chair two or three times
-Tuesday's subsequent use of knockout, which Timmean wasn't expecting
-The story of how the Benjamins' met
_________________
*Brooding* *Brooding* *Brooding* *Farming* "The Earth will heal you!" *Brooding*

- Got to show off my mask
- Food was delicious
- Watching Bikbun dig for bones in the middle of a dinner party
- All of the Benjamins
- The first, and sadly last, skeleton that Joy will ever have a civil conversation with
- although you never know...
- Attempting to save Timmean, when all I accomplished was playing myself :/
- Surgery with Lady Keket

- Degren peeing over everyone as a frog
- Hugo's exorcism of Lady Keket
- Does that make Hugo a priest now? Hugo, the priest of Vagrants
- Keeping Gore hidden from Timmean with the use of skirts